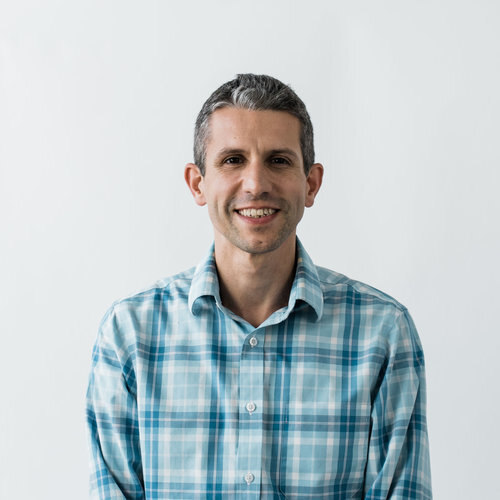 Dustin Aguilar is the Lead Pastor of Wellspring Church. He went into ministry after teaching English as a second language for 6 years in an international school in North Texas. The Aguilars (Dustin, Tina, Abigail, and Aaron) moved to Fort Worth in 2019 for Dustin to come on staff at a local church in downtown Fort Worth, but in 2021, Dustin was given an option to either come on staff at Wellspring as a part-time pastor with the plan of planting a church or to become the lead pastor of a church in south Fort Worth.

While praying about which direction to go, he got a prophetic word saying, “You can’t take someone else’s sheep. Pastor the people around you, and that will become your church.” He took that as direction from God to come on at Wellspring where he would pastor the people around him and some of those people, he thought, would leave and become a new church plant.

When the former pastor, Michael Rowntree, announced he would be leaving Wellspring, he invited Dustin to apply for the lead pastor role, and after prayer and fasting about their future, the Aguilars felt like God was saying “yes” to applying. By that time Dustin had been pastoring the people around him for a few months, and it appears that God’s plan all along with to make the people of Wellspring Church his church.

Dustin loves to do evangelism in malls and grocery stores and even door to door in neighborhoods. He wants to see the people of Wellspring grow in their love for God and one another, and he wants to see God’s people express God’s love for the world through their spiritual gifts and their service to one another.

What is your favorite family tradition?

As I’m writing this, it is advent season where we’ve just finished Thanksgiving, and we’re all getting amped up for Christmas. Our family tradition is for my wife, Tina, to start secretly listening to Christmas music all throughout the month of November much to my disgust, but then the day before Thanksgiving, when we can’t hold back the mirth any longer, we decorate the whole house for Christmas, put up the Christmas tree, drink hot chocolate, and listen to NSYNC’s “Oh Holy Night” and a bunch of other Christmas hits by Mariah Carey, Bing Crosby, a random Chinese boy band called EXO and whoever else comes up on the “Christmas Favorites” playlist on Amazon Prime. It’s glorious.

Who is your favorite superhero and why?

Favorite superhero? I’m not sure I could say a favorite, so instead I’ll say a favorite superhero moment, which is, of course, the final scene at the end of End Game where all the heroes from the entire Marvel universe come together to fight Thanos in one epic battle. I’m sure there’s a sermon illustration in there somewhere, but I’ll leave that for another time.

What is your favorite scripture/life verse?

I’m not sure I have one “Life Verse.” I have many that I live by, but for the sake of this part of the website, I’ll happily narrow it down to Isaiah 9:2 “The people who walked in darkness have seen a great light; those who dwelt in a land of deep darkness, on them has light shone.”

In a time in my life when I was questioning the very existence of God, I read some things, watched some videos, slowly started to come around to the idea that there might be a God out there somewhere, but for some reason, when I read this verse, a light switch seemed to just flick on, and suddenly I believed that there was a God and Jesus was who he said he was. The verse isn’t apologetic. It wasn’t a moment that I can trace to anything logical. Instead, it was a moment where I had been walking in darkness and then suddenly I was in light.

If you were trapped in a zombie apocalypse and you were only allowed one weapon to defend yourself, what weapon would that be?

Seriously? Zombies? Who is in charge of this website anyway? Okay, zombies. Well, let’s see. I have actually had numerous dreams where the world is being overrun by zombies. In every dream, I have some sort of superhuman speed when I run, and I can outrun them, zipping here and there like Speedy Gonzales, confusing the oafish, slow-moving zombies. I’m usually able to put up a pretty formidable fight against them. So, I’d go with that–super-human speed.