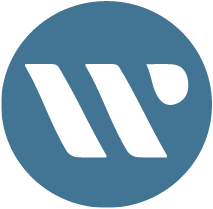 Wellspring is called a Word and Spirit church because we are anchored to the written word, and we experience the power and presence of the Holy Spirit.

You can expect a time of singing worship along with spontaneous worship and prophetic ministry moments throughout the service. Each week we read a historic creed, celebrate communion, and preach through books of the Bible verse by verse and chapter by chapter.

We consider the preaching of God’s written word to be another example of our Spirit-led Sunday gathering. Our prophetic and healing ministry teams minister to anyone in need after every service. Our pastoral lineage includes Jack Deere and Michael Rowntree along with Ronny Matheny, Gary Kirksey, and now, Dustin Aguilar.

We believe what historic Christianity has believed for the last 2000 years.

We believe in one God, manifest in three Persons: the Father, Son, and Holy Spirit.

We believe in justification by faith in Christ and His saving work.

We believe that filling of the Holy Spirit is a repeatable event that all believers can and should pursue.

We believe in the authority of the Bible as inerrant God’s Word.

We do not have an exhaustive doctrinal statement because we believe everyone should have freedom to believe what seems right to him or her in nonessential areas.

We regularly recite the historic Apostle’s Creed written in the 4th century as well as one we call the Gospel Confession which articulates the gospel and its benefits.

In 1991, Gary Kirksey had been praying about the possibility of planting a church that boldly taught the Word of God while emphasizing the power of God’s Spirit. Much like the first church in Jerusalem, this brand new church was birthed in a prayer meeting, and prayer has remained a central passion of the church.

In 1998, Ronnie Matheny became pastor as pastor Gary was sent out to plant a church in Lubbock TX. Pastor Ronnie continued the church’s heritage, while adding a new flare of his own, multiplying disciples across the globe. In time, Ronnie moved to Kenya as a missionary.

In 2004, Jack Deere became the Senior Pastor and changed the name to “Wellspring Church” on September 5, 2004.

Pastor Jack brought with him the expertise of a seminary professor and theologian, as well as a practitioner in the gifts of the Holy Spirit, which he inherited from his spiritual father, John Wimber. Jack took Gary’s vision for uniting the power of God’s written Word and the power of God’s Spirit to a whole new level, so that people and churches began looking to Wellspring for training in the spiritual gifts.

In 2012, Michael Rowntree was installed as Jack Deere’s replacement, continuing to lead the church in the direction of being “a bridge for every kind of person to experience the gifts of the Holy Spirit.” During Michael’s time with Wellspring, the church gained influence as what some call a “Word and Spirit” church, teaching verse-by-verse through the bible and experiencing the presence and power of the Holy Spirit.

In 2021, Dustin Aguilar was installed as pastor as Michael moved on to pastor Bridgeway Church in Oklahoma City, formerly pastored by Sam Storms, another influential leader in the Word and Spirit movement. Pastor Dustin is a student of teachers like John Wimber and Jack Deere and hopes to lead Wellspring into a “New Frontier” of pursuing the power and presence of the Holy Spirit and to continue it’s 30-year history of prophecy, healing, and pursuing the Lord through rigorous bible teaching with the expectation that the Lord will move in powerful ways.

WHERE YOU FIT IN

We’re not only a church for the community, but a community church. As such, it’s important to us that we’re able to connect with you. If you’d like to meet with me or one of our pastors, contact us on the form below!

If you have any questions about who we are, where we are going, or where you fit in, contact us here.